Pivovar Chotěboř  About the brewery

Brewery Chotěboř is the first newly constructed industrial brewery in the modern brewery history of the Czech Republic. Built at the edge of town, it started production in 2009. That was 33 years since the last brewery had started operating in the last century in the former Czechoslovakia.

The brewery building, architecturally conservative yet impossible to overlook, became the welcoming gate of the Chotěboř industrial zone. The large, glazed area lets you see into the very heart of the brewery, the stainless steel brewhouse. The linking technologies of fermentation, aging, filtration and filling also utilize current technological possibilities of control, monitoring and protection of the natural brewing process. The brewery forms a space for the perfect combination of a modern technique with traditional technology in the best hands of seasoned brewmaster Oldřich Záruba.

The brewery’s original annual capacity was 10,000 hectoliters of beer, but the brewery capacity was sold out after two years of operation, leading to the first stage of expanding the brewery to 15,000 hl. Within two years, it reached its final capacity of 25,000 hl of beer per year. Beer is supplied on the domestic market  mainly in the form of a filtered, unpasteurized beer, and also as a unfiltered beer straight out of lager tanks. Beer is distributed in kegs to restaurants, beer halls and bars, as well as in bottles for the retail market. 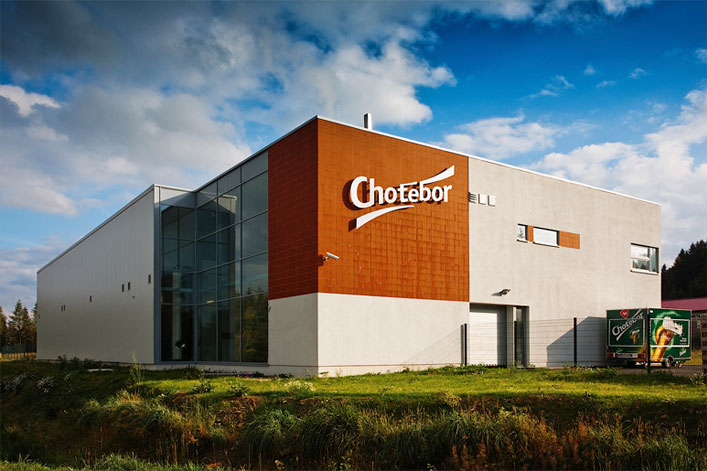